Twenty minutes can change your life!

Much like the lyrics from Ice Ice Baby by Vanilla Ice:

These lyrics were apropos this morning. Twenty years ago, I started training for my private pilot license. Cost, school and the airport shutting down put a slight damper on completion. And, for a variety of reasons, of which I will question for the remainder of my life, I never continued the training and always put it on the back burner.

But, as you age, life and regrets gnaw at you. You reach a point where you either pursue something or not. I chose the former and dove back into the adventure. For the past year, I restarted my work on my private pilot license. Initially, this was with Fort Myers Flying Club1, which was recommended to me by a coworker. Unfortunately, there have been some setbacks while trying, again, to achieve this goal:

I started my training with the Fort Myers Flying Club, but at the beginning of this year, changed to Paragon for better airplane availability. I have been working to solo for a bit now, but the last SEVERAL tries were no go situations due to weather and/or winds. (You are not allowed to solo with Paragon if the winds are greater than 10 knots.) Most of my training is mid-morning based on scheduling, but after yesterday’s flight, my instructor suggested we move this morning’s flight to 6 AM with the hope that winds, clouds and weather would be more favorable.

The first part of the solo, the instructor flies with you. We took off towards the east as the sun began to crest over the horizon and did two touch-and-goes and then a full stop landing. We took the plane back to the parking area and after completing shutdown, she said, “Now it is your turn.”

The next twenty minutes of my life were nothing I had experienced. After having someone to the right of me for the last year, I got in the plane by myself; no one else to guide or correct me. After starting the airplane back up and when ready, I contacted Page ground and told them I was a student solo pilot and wanted to stay in the pattern (touch-and-goes). Doing this solo work is necessary to obtain a private pilot license. After taxing to the runway and getting my clearance, I lined up on the center line, took a deep breath and applied full power. I completed two touch-and-goes and then requested a full stop. Upon my final landing, the controller, most known for his overall crotchety and cranky attitude, actually said, “Good Job,” and believe you me, I was shocked (so too were the people in Paragon as they heard it). 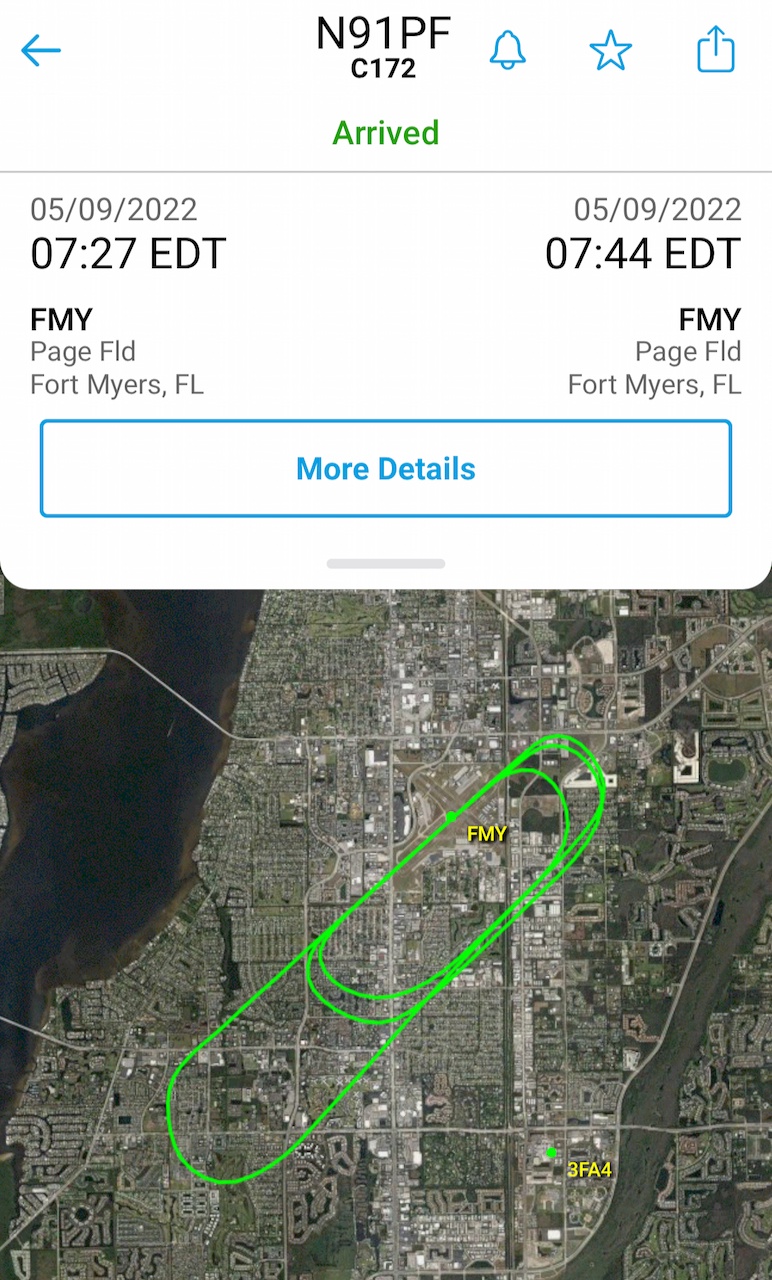 I now move on to the next stage, which will include cross country flights (both dual and solo) and night flights (Fort Myers will look thoroughly different at that time). There is no turning back now!